Selling house fast is not as easy as people often think of. There are a lot of factors to take into consideration before posting your property to various home listing places, and one of them is deciding when to do the selling. After all, the timing makes a lot of difference in terms of selling your house fast and make quick cash. Knowing the best and worst season in listing your beloved property…

The current state of the housing market, in general, is not that good as housing affordability declined big time over the past years due to rising home prices and higher mortgage interest rates. What makes it even worse is that these all happened despite a stronger and robust U.S. economy. The numbers are in for this year’s state of the housing market, and according to several real estate…

Property rentals are a lucrative type of real estate investment that is supposedly low risk, high reward, and easy to manage. It works in a straightforward concept: The tenant pays the landlord a specific amount every month as rent. All the rules, regulations and the amount to be paid are usually written in a contract where both parties agreed. While every landlord expects smooth flowing in their…

Unlike the real estate market where it suffered a major decline over the past months and years, it is a different story when it comes to house improvement. The home improvement market is booming despite the housing market underperforming. A lot of homeowners resort to do-it-yourself home renovations and improvements because to them, a bit of personal touch when it comes to renovating or improving…

It’s no secret that investing in real estate is considered one of the best types of investment. It is projected to be much better than investment instruments such as stocks and bonds. While real estate investment types such as property rentals are more conservative, less risky, they are less profitable. There are also that are riskier, but more rewarding such as house flipping.

Washington DC is arguably the most popular city in the United State for it is the country’s capital and has a significant contribution as to how the country was shaped over the century. Some historians often tagged Washington D.C as an important world political capital. These and more interesting trivia about the city makes it a top destination among tourists; both locals and foreigners alike. If this is your first time visiting the city, then you’re in the right place as we discover the top tourist attraction within the city.

We Buy Houses In Washington DC

Barbara Radcliffe Rogers of PlanetWare enumerates the top rated tourist destinations in Washington DC that every tourists must visit at least once for they will learn a lot from The District; its history, culture, tradition. Check out the article below to learn more.

The District of Columbia, on the Potomac River between Maryland and Virginia, was set aside as the nation’s capital, so that the federal government would not be located in any single state. Pierre-Charles L’Enfant was commissioned by George Washington to plan the city, and you can clearly see L’Enfant’s layout of a street grid intersected by broad avenues.

The most important of these is Pennsylvania Avenue, connecting two iconic buildings: the White House and the impressive domed Capitol Building. Alongside and maintaining L’Enfant’s vision of an open and spacious city stretches the wide National Mall with its museums and monuments.

National symbols such as the Capitol and the White House are accessible to visitors, along with dozens of other tourist attractions, which include world-class museums and important monuments. Many of the most important things to see and do are in the northwestern quadrant along the National Mall and are best seen on foot. Summer can be unpleasantly hot and humid, so the best times to visit Washington are spring and autumn. 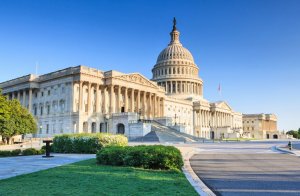 Recognized around the world as a symbol of the United States, the Capitol is the seat of the House of Representatives and the Senate. The huge dome, based on the dome of St. Peter’s in Rome, stands out above all other Washington buildings.

Like Washington itself, the building has grown over the years since the central portion was built between 1793 and 1812. The last addition, in 1958-62, enlarged the main façade where presidents take the oath. On the other side, a marble terrace offers beautiful views over the mall and the city.

The interior is resplendent with frescoes, reliefs, and paintings, especially the rotunda under the great cast-iron dome with a ceiling painting by Constantino Brumidi and huge paintings of scenes from American history on the walls. Beside it is the former Chamber of the House of Representatives, with statues of leading historical figures. The small Senate Rotunda leads into the beautifully restored Old Senate Chamber, where the Senate met until 1859, and the Supreme Court until 1935. 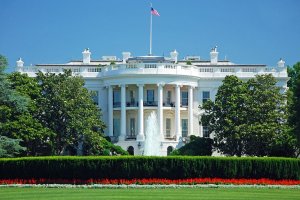 The White House is the official residence of the President of the United States. The home of every president except George Washington, it was originally built by James Hoban in 1792, and after being burned down by British forces in 1814 was rebuilt in 1818. Although tours of the interior that include the East, Blue, Green, and Red Rooms; the Ballroom; and the State Dining Room must be reserved well in advance through your Congressional office or embassy, every tourist to Washington will want to see this iconic building, at least from the outside.The free White House Visitor Center, a short distance away, has excellent interactive exhibits, which show details about the White House and the presidential families. It includes furniture of past presidents, a model of the residence, historical changes, and videos with insights from presidents about their time living there.

The best-loved of all Washington’s memorials, the Lincoln Memorial stands at the far end of the mall, separated from the Washington Monument by the Reflecting Pool. At its center is a 19-foot marble statue of a seated and pensive President Abraham Lincoln surrounded by 36 columns, one for each of the states that existed at the time of Lincoln’s death. This is the most famous work designed by noted sculptor Daniel Chester French. Jules Guerin painted the murals on the inside walls, showing important events in Lincoln’s life. Find more top-rated tourist attractions here…

There are a handful of tourist attractions in Washington DC that are worth visiting due to its historical values and contributions in shaping the nation’s capital. However, it is important to remember that a lot of these attractions are subject to very tight security, so strictly following protocols is a must, especially within The White House’s perimeter.

Free Things to Do: Best of Washington, DC

The list of free things to do in DC is quite long, headlined by Smithsonian museums, the National Gallery of Art, the monuments and memorials and annual events and festivals. We’ve detailed some of the most popular activities here, so on your next family trip to DC, make sure you cross all of these off of your bucket list!

And if you’re looking for even more budget-friendly fun, you can save big on popular paid attractions with Washington, DC’s best city and attraction passes. Discover discounted sightseeing tours, museum passes and so much more.

Touring the National Mall should top your list of must-do’s when you visit the District. Free monuments, memorials and museums are all around, including the famous Lincoln and Jefferson memorials and the popular National Museum of African American History and Culture. Walk next to the Reflecting Pool and you can hear American history in your footsteps, from the sacrifices made by soldiers to the powerful words of Martin Luther King, Jr. 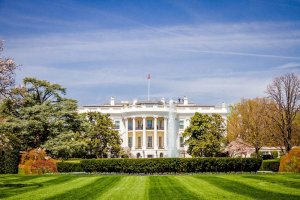 Touring the public rooms of the U.S. President’s home is another once-in-a-lifetime opportunity that can only be savored in DC. The experience is free of charge, but you will need to contact your congressional representative well in advance of your trip in order to schedule a visit. For more information, check out our guide.

3 Take in the Smithsonian museums

These are America’s museums, so there is no charge to visit them! All Smithsonian museums have interactive components and unparalleled collections of artifacts. The hard part is choosing which ones to visit. Visitors often flock to the National Air and Space Museum for its journeys into space and the National Museum of American History for its in-depth look at our nation’s past. Also, be sure to check out the recently renovated Freer | Sackler Galleries, which are dedicated to Asian art. 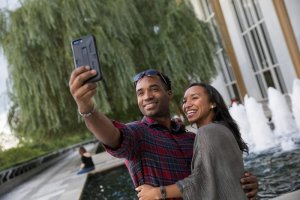 Take a free tour of the John F. Kennedy Center for the Performing Arts. Guided tours depart every ten minutes, and docents discuss its artwork, 50-foot Austrian chandelier, interactive exhibit on the life of President Kennedy and the panoramic view of the city from its marvelous Rooftop Terrace. Tours are available in 17 languages. There’s also a free shuttle to the Kennedy Center from the Foggy Bottom Metro stop, which leaves every 15 minutes from 9:45 a.m. – midnight Monday – Friday, 10 a.m. – midnight on Saturdays and 12 p.m. – midnight on Sundays.

Browse more free things to do in Washington DC here…

Visiting Washington DC is a wonderful place to visit, with lots of amazing tourist attractions, architecture, culture and other amenities – and you can visit all of them without cashing huge amount of money. A lot of these attractions are for family and are very budget-friendly. So next time if you want to learn more about the history of United States and how it was developed, visiting Washington DC and its top tourist attractions.

By having rich historical information and values, Washington DC is a haven for tourists who want to know more about the country’s century-long political struggle, history, engineering, architecture, history and more. If you see this as an opportunity and decided to sell your house for fast cash, Dependable Homebuyers can help you sell your house fast and find the right buyer for your home. To learn more, ,visit https://www.dependablehomebuyers.com/washington-dc/ and we look forward to hearing from you. 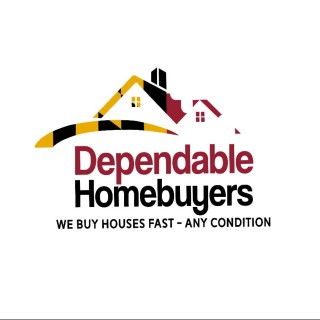 Dependable Homebuyers is a local, cash home buying company. We buy houses in any condition and any situation. Our team of real estate professionals provide a quick and simple solution for those looking to sell their homes fast. We are not real estate agents and we do not charge any real estate commissions. We buy properties directly from homeowner with no fees, no inspections, and no closing costs. We buy houses in all situations – divorce, probate, behind on payments, difficult neighbors, bad tenants, hoarder houses, or simply want to sell fast. When you sell you house to Dependable Homebuyers you won’t have to make any repairs and we can close in as little as 7 days. Our fair, cash offers are some of the most competitive in the business and you can rest assure that you’re getting top dollar for your home. Give us a call at (443) 219-8331 and we’ll give you a cash offer within 24 hours.

Dependable Homebuyers
Create a free website or blog at WordPress.com.